ANTIGUA AND BARBUDA EMBASSY IN LEBANON 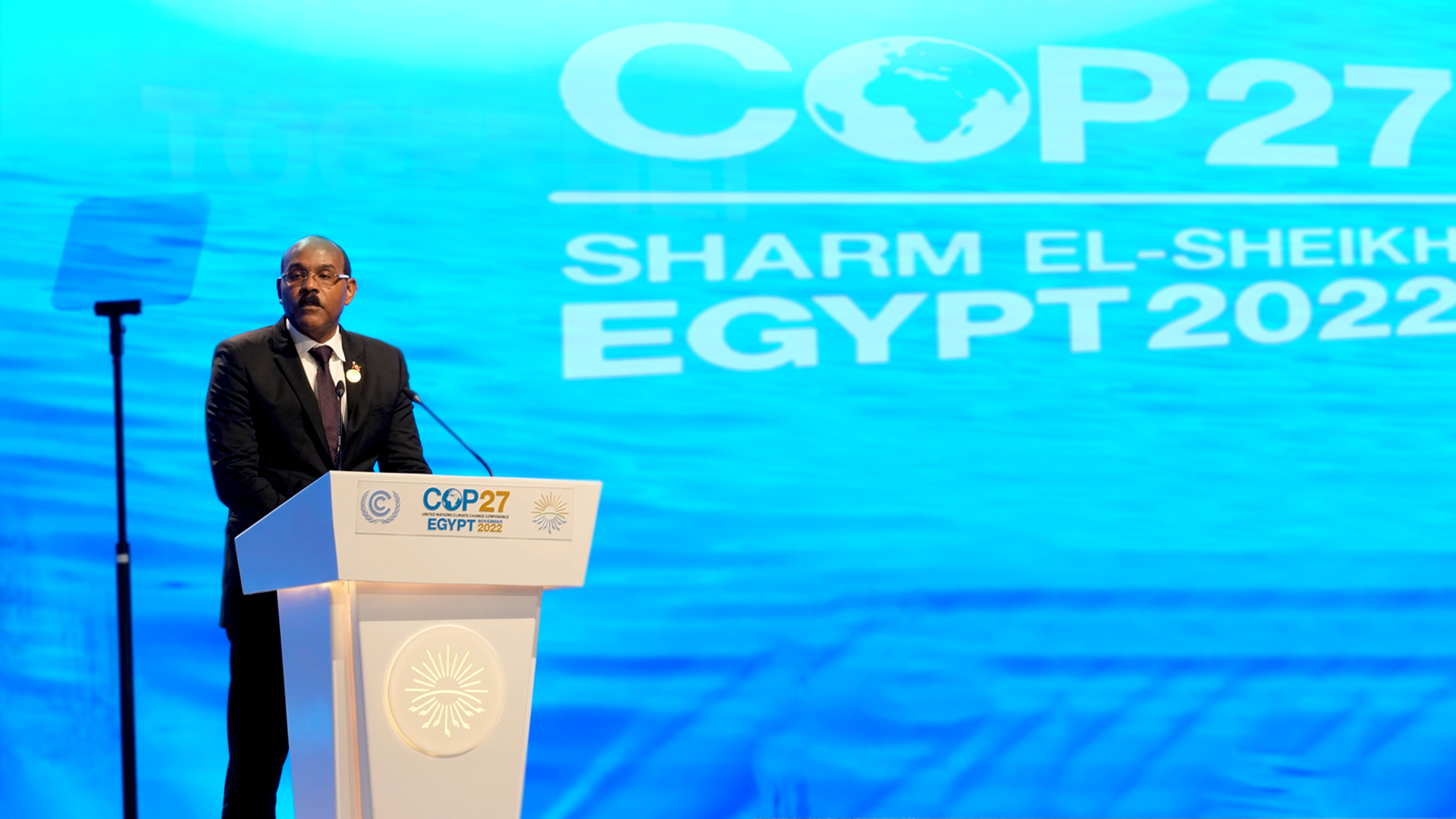 Antigua’s PM Gaston Browne wants oil and gas giants to pay for damage from climate change through a global carbon tax on their profits.

Speaking on behalf of the 39-nation Alliance of Small Island States (AOSIS) at the United Nations Climate Conference (COP27) on Tuesday, he charged “profligate producers of fossil fuels have benefited from extortionate profits at the expense of human civilization.”

“While they are profiting, the planet is burning,” he added.

Browne contended that while these companies rack up multibillion-dollar profits from using fossil fuels, a significant contributor to global warming, small island nations like his and others in the Caribbean that have contributed virtually nothing to total emissions are suffering.

He pointed out that in the first half of this year, six fossil fuel companies alone had made nearly €70 billion (US$71 billion) in profits which was “more than enough money to cover the costs of major climate damage in developing nations.”

Browne also called for an end to fossil fuel subsidies – and for the money to be redirected to fund adaptation, mitigation, and loss and damage, especially in small island developing states (SIDS) – and collective action to reduce emissions.

“Financing to address loss and damage and a recommitment to keeping 1.5 alive in the face of the current energy crisis are the key critical success factors of COP27.

“Loss and damage should not be seen through the divisive and controversial lens, but as a form of climate justice for climate change’s hapless victims and a decarbonization accelerator,” the Antiguan leader said.

Gaston Browne also said a group of island nations had registered a commission with the UN to explore the responsibility of states for injuries arising from their climate actions and breaches in their obligations.

He said small island states would not back down.

“We will fight unrelentingly for climate justice, including in the international courts,” Browne warned.

On the same day he delivered his remarks, the hosts of the COP27 climate talks on Tuesday launched a 30-point global plan to help the world’s poorest communities withstand the impacts of global warming, including targets for sustainable farming and mangrove restoration to reduce coastal flooding.

The plan seeks to disburse up to US$300 billion annually from private and public investors.

The latest Egovt news, articles, and resources, sent straight to your inbox every month.